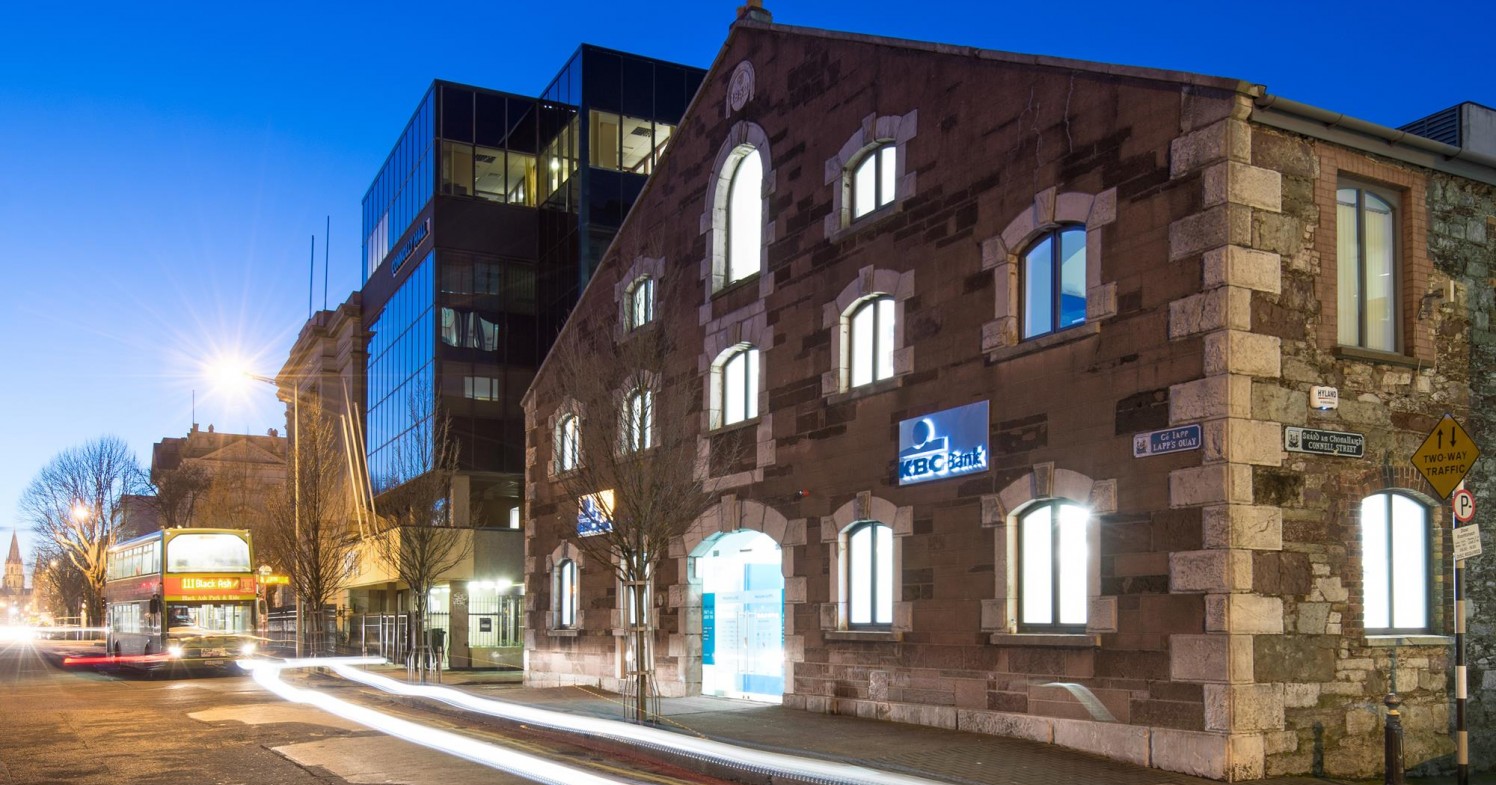 Innovative conversion of the 19th Century Furlong's Mill to a light and capacious office space.

Working in association with PLM Architects, MCA were appointed to complete a fit out for this imaginative conservation project. KBC moved from South Mall to 4 Lapps Quay in 2013. The quay was developed in 2005 as the City Quarter and the flagship project of Cork Docklands Development redevelopment. The building was formerly a 19th Century flour mill, Furlong’s Mill. The original arrangement of cast iron column and pine beams has been preserved and exposed.
The ground floor accommodates customer facilities to the front of house. The ceilings were designed to express the heritage of the building while the lighting concealed within bulkheads and behind the feature wall illuminate the waiting area. Two open meeting pods face the riverside with the City Hall as the back drop.

The section developed two cuts through the floor plates. One is an open lightwell from roof to ground level allowing a sense of interconnectivity between all three floors. The beams cut through the void fully exposing the original structure of the building. The other cut reduced the second floor area to open up the full extent of the southern elevation to the first floor as a two storey void.

The first floor accommodates open office space and some private offices. The second floor has been reduced in scale to accommodate the board room in an internal glass box that sits over the first floor open plan area. 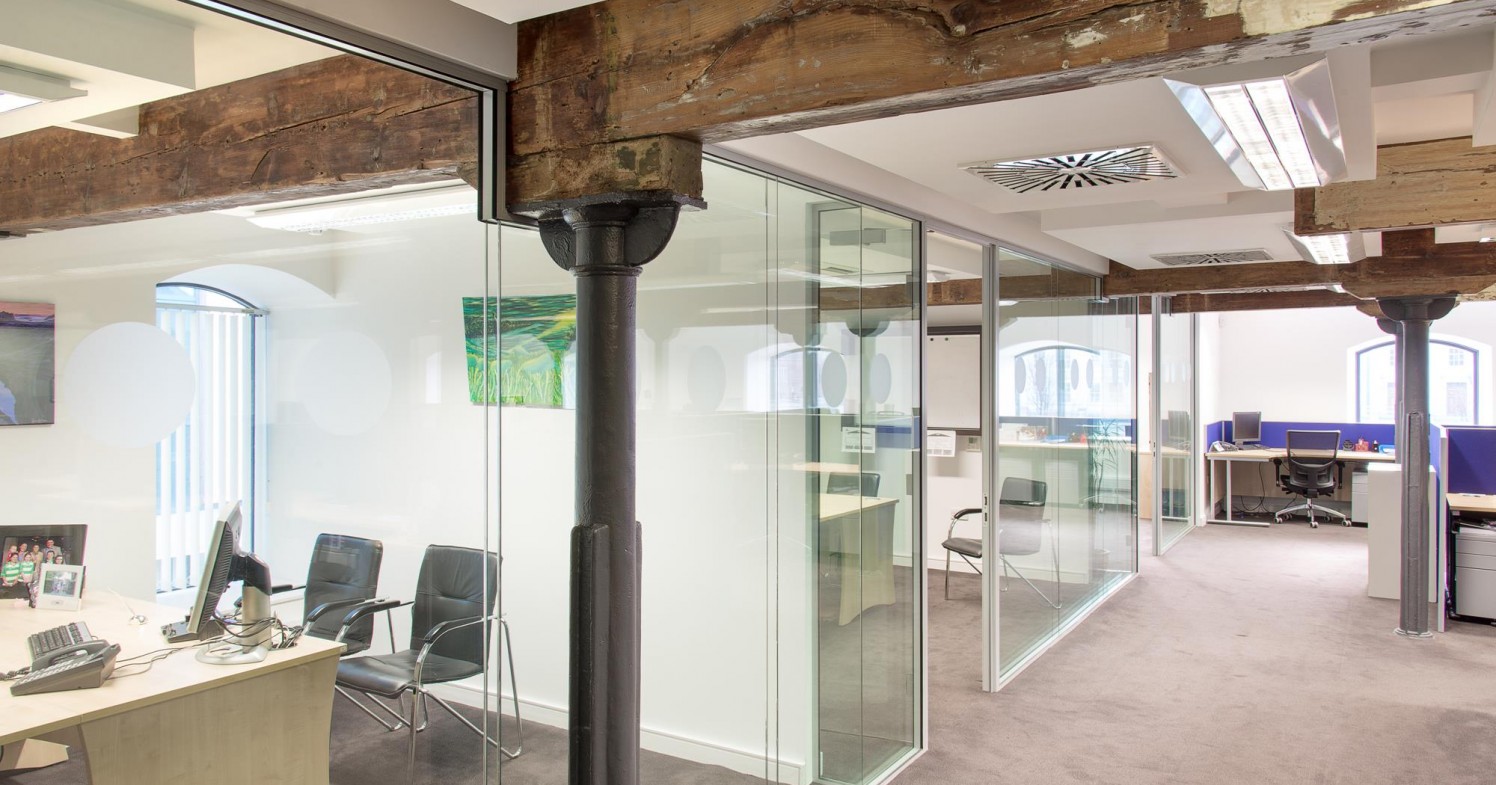